Mytischi Machine Building Plant was founded in 1897 in Mytischi, Moscow Region. He was founded by "hereditary honorary citizen S.I. Mamontov, nobleman K.D. Artsybushev and a citizen of the North American states, a temporary merchant in the 1st guild of Moscow, engineer A. V. Barry, who at the end of 1895 presented to the Ministry of Finance of Russia a project called the Moscow Joint Stock Company of Carriage Works.

In January 1896, the Committee of Ministers permitted "the establishment of the said Company", and its Charter, as was then accepted, was approved by Nicholas II.

In terms of technical equipment it was intended for the construction of railway rolling stock and manufacture of spare parts. The first products of the plant became cars for the Northern Railway in Russia.

In 1903 the production of tram cars and snowploughs for Moscow began. In these years, among the machine-building factories of the country Mytischi Plant was the second largest producer of products.

Even before the outbreak of the First World War, the plant accepted orders from the military department and began to manufacture field wagons and platforms for the transport of military equipment. 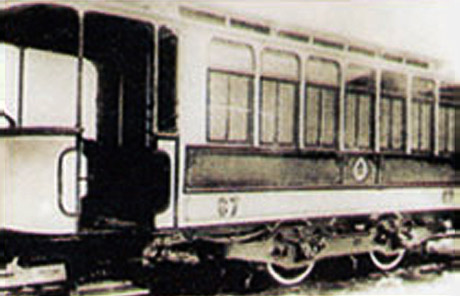 The construction and activities of the Carriage Works at the beginning of the century had a significant impact on the economic, social and demographic situation in the suburbs of Mytishchi.

This Site uses cookies and collects information about Users, including using third-party Internet services, in order to analyze the effectiveness and improve the operation of the site's services. Processing information about Users is carried out in accordance with the Policy in the field of processing and security personal data. If you continue to use our services, we will assume that you agree with use of cookies. Or you can prevent the storage of cookies in your browser settings.