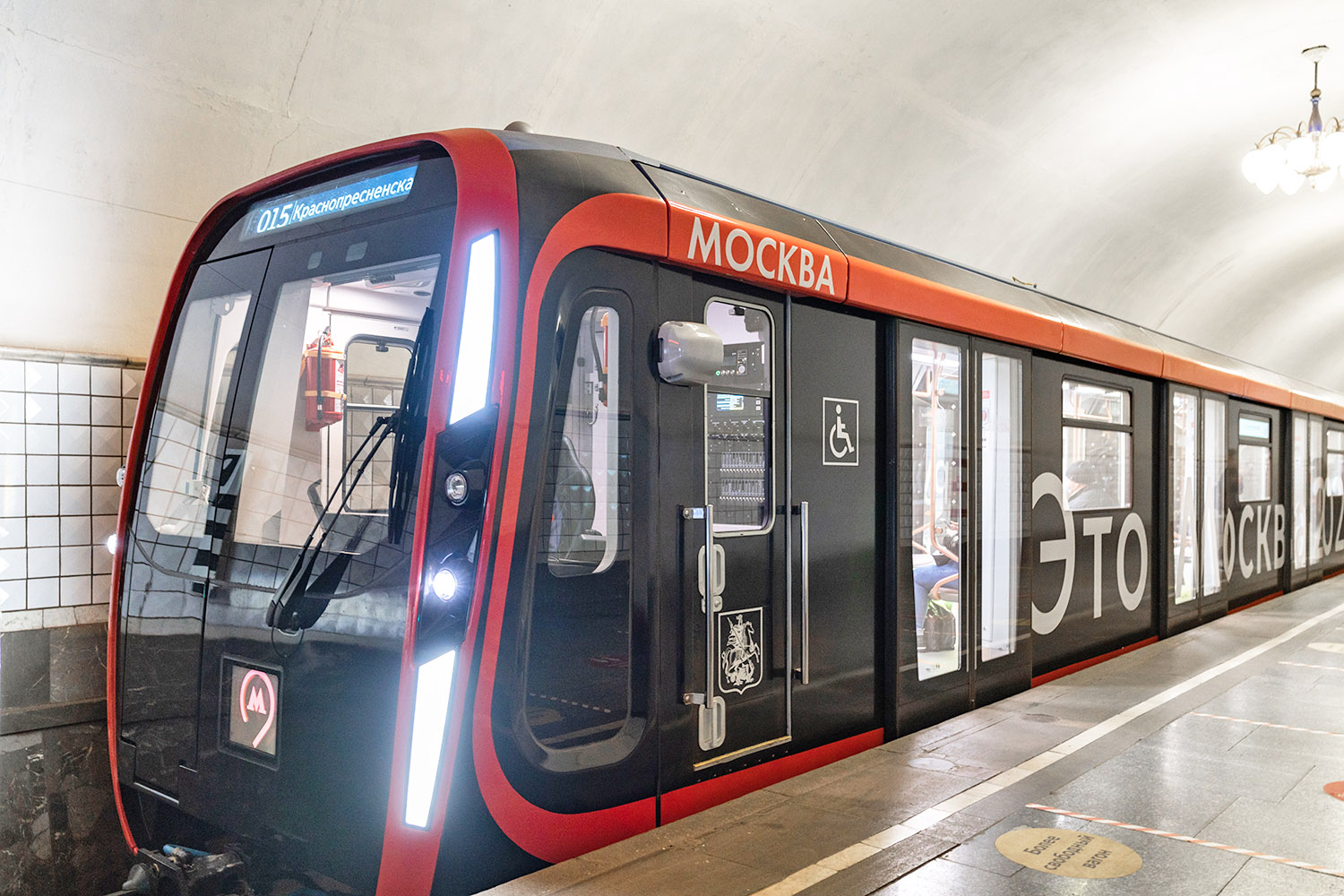 The metro train series 81-775/776/777 for the Moscow metro, created at Metrowagonmash (MWM, part of TMH), became a laureate of the National Award for Achievements in Transport and Transport Infrastructure "Formula of Movement". The winners were awarded in the Moscow Gostiny Dvor as part of the annual business event Transport Week 2020.

The project "Metro Train" Moskva 2020" was registered as a candidate for the award in the category "Best innovative solution in the field of transport technology." Only completed projects or services that have received practical application in the transport industry in the period 2019-2020 are allowed to participate in the competition. By the decision of the jury, the Moskva 2020 metro train was declared the winner in its nomination.

The National Award "Formula of Movement" has been established by the Public Council of the Ministry of Transport of the Russian Federation and has been held since 2014. In 2020, award seekers could present their projects in 8 nominations. Of the 43 applicants, 11 became laureates.

Metro cars of the 81-775/776/777 series (Moskva 2020 model) are the result of the work of the TMH Engineering company designers, developing new rolling stock for Transmashholding. When creating this new rolling stock, most advanced engineering and design solutions in the world of metro car building were used.

A new exterior and interior design was developed for the 81-775/776/777 metro cars. The width of the inter-car gangway has been increased by 57% and will be 1.6 meters, which is more than in any of the trains of the previous series. The doorways are widened from 1.4 to 1.6 meters. The area of ​​visible glazing of the doors inside the car will be a record for the Moscow Metro - 82% (previously - 47%). New handrails with a "warm" coating throughout the entire area and glass screens in the entrance area have been developed for the train. The passenger seats have been modernized whereas the lighting of the underseat area is applied for the first time. The passenger compartment of the eight-car train has 368 USB sockets. Wall panels and seating areas are equipped with USB ports as well. The compartments are equipped with new over-door displays 1400 mm wide, previously their width did not exceed 1200 mm. The interactive screens on the walls will also be enlarged. Now the diagonal of monitors will be 27 inches versus 19 inches in the trains of the previous models. Console LCD monitors will be placed under the ceiling. The driver's cab and the passenger compartment will be equipped with modern air disinfection systems.

More than 1,300 metro cars of the 81-775/776/777 series will be built for the Moscow Metro in the period 2020-2023. Currently, the Moskva 2020 metro train is already carrying passengers on the Koltsevaya (Circle) Line. The operation of new generation metro cars is also planned on the Koltsevaya, Bolshaya Koltseva (Big Circle) and Kaluzhsko- Rizhskaya lines of the Moscow metro.

The company has been cooperating with the Moscow metro since its foundation in 1935. In recent years, over 1,500 Moskva metro cars and their modifications have been delivered to the fleet of the Moscow metro.