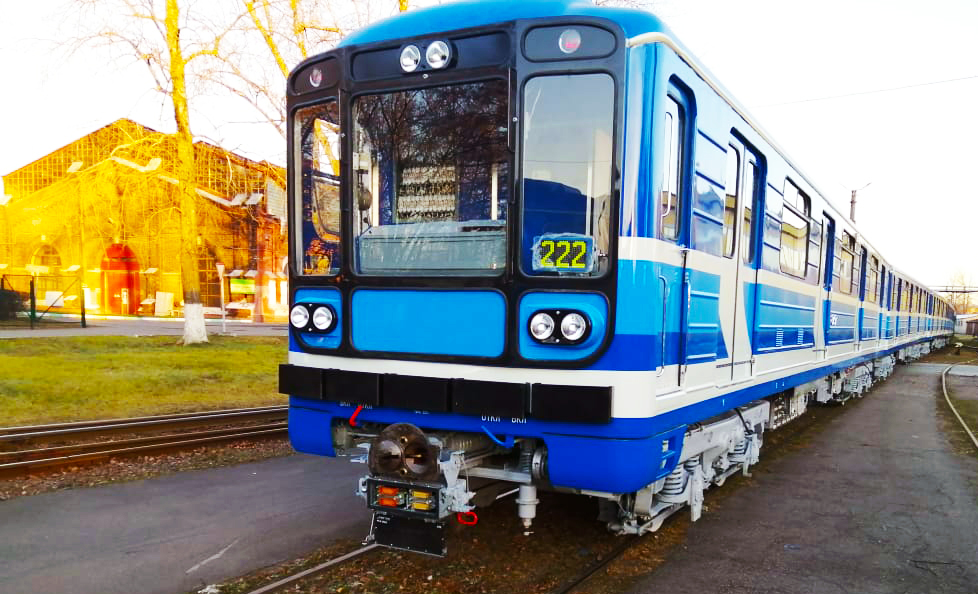 Samara Municipal Enterprise “Samara Metro” and JSC “METROWAGONMASH” (MWM, part of JSC “Transmashholding”) signed a contract for the overhaul and refurbishment of six metro cars model 81-714/717 with an extension of their service life. The overhaul of the cars will be carried out by the Metrowagonmash branch in St. Petersburg.

It is expected that the cars, updated after the overhaul, will be put back into operation in the Samara Metro at the end of December 2020.

Under the contract, MWM will carry out works on the replacement and repair of worn out units and parts, including ventilation systems, automatic fire extinguishing systems, electric motors, pneumatic, electrical and braking equipment. Modern wear-resistant materials and paints will be used to update the exterior and interior of the cars. The seats, floors and handrails will be replaced, and the head cars will be equipped with a special seat for disabled passengers.

After the completion of the overhaul, the established service life of the cars will be extended by 15 years. The overhauled cars will meet the highest energy efficiency and operational reliability requirements.

MWM has been cooperating with the Samara Metro since 1987. In total, the Moscow Region company has built 20 cars for the city on the Volga, including a brand new four-car train model 717.6/714.6, which was sent to Samara this spring.