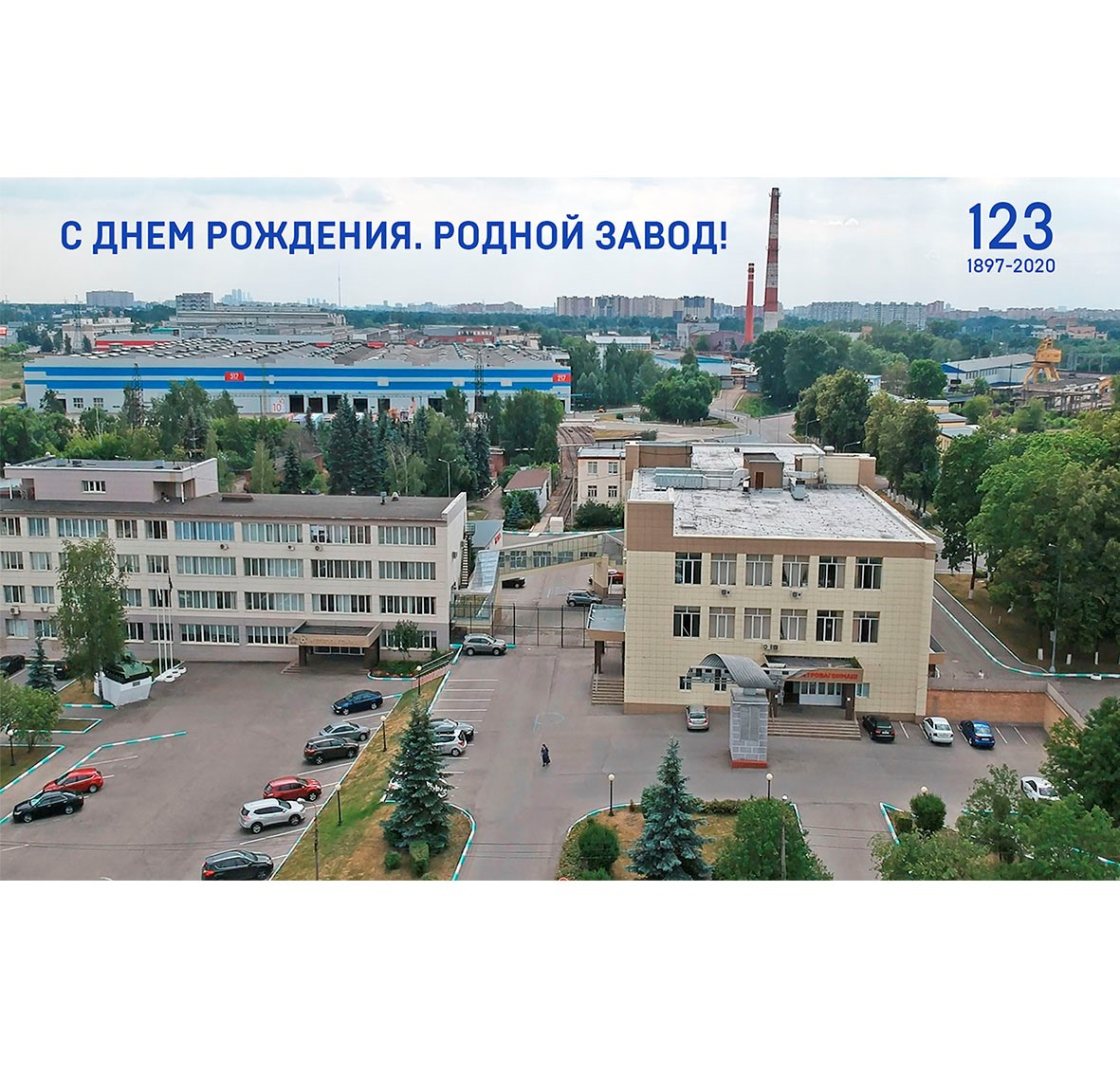 JSC «METROWAGONMASH» (MWM, part of JSC «Transmashholding») celebrates the 123rd anniversary of its foundation. Over its more than a century history, the factory has gone from an enterprise that manufactures railway rolling stock for the Russian Empire to the status of the largest metro car manufacturer in the Russian Federation and a leading enterprise in the field of transport engineering. Metro cars manufactured by JSC «METROWAGONMASH» are operated in 19 metros in 11 countries of the world, and daily carry more than 16 million passengers.

JSC "METROWAGONMASH" is now an ultra-modern enterprise that applies an innovative approach to the development of technologies. The factory works within the production system of Transmashholding, applying lean manufacturing tools and methods. JSC "METROWAGONMASH" pays great attention to investing in the development of all technological stages and increasing the production plan. Currently, the company works under existing contracts with the Russian transport enterprises such as the Moscow Metro State Unitary Enterprise and the Central Suburban Passenger Company, and manufactures export metro cars for the Baku Metro (Azerbaijan Republic). The plans of the factory for 2020 are to manufacture over 700 metro cars and about 100 cars of RA-3 DMUs.

“This year, in connection with the restrictive measures introduced due to the spread of coronavirus infection, we are forced to retreat from the traditional forms of celebrating the Factory Foundation Day, but we are not abandoning our goals to demonstrate unity, and I am sure that these temporary difficulties will unite us even more”, - says the CEO of JSC «METROWAGONMASH» Boris Bogatyrev. “The factory has always strived to be the first, to occupy a leading position in the manufacture of metro cars, and for all of us, as successors of such a rich historical past, being employees of Metrowagonmash is a great privilege and a huge responsibility!”

In the course of its history, JSC «METROWAGONMASH» has become a witness and a direct participant in fundamental events for Russia. At the turn of the 19th - 20th centuries, the factory manufactured cars for the Moscow horse-drawn tram, trams, special types of rolling stock ordered by railways, freight and passenger cars for locomotive traction. After the October Revolution, it was the first in the country to manufacture cars for the nascent network of electrified roads. The factory designed and manufactured the first metro car in the history of the country, which was named "type A metro car" for the Moscow metro, founded in 1935. During the Great Patriotic War, the factory mastered the production of self-propelled artillery installations SU-76, regularly supplied the war line with various products, achieving record production. By their selfless labor, the employees of the enterprise earned the title of an advanced team, and the factory was awarded the Order of the Patriotic War of the 1st degree. Over the past decades, the factory has expanded its geography of supplies, in different years manufacturing rolling stock for the metro systems of large cities in Russia, Ukraine, Belarus, Armenia, Georgia, Azerbaijan, Uzbekistan, Mongolia, Poland, Czech Republic, Hungary and Bulgaria.