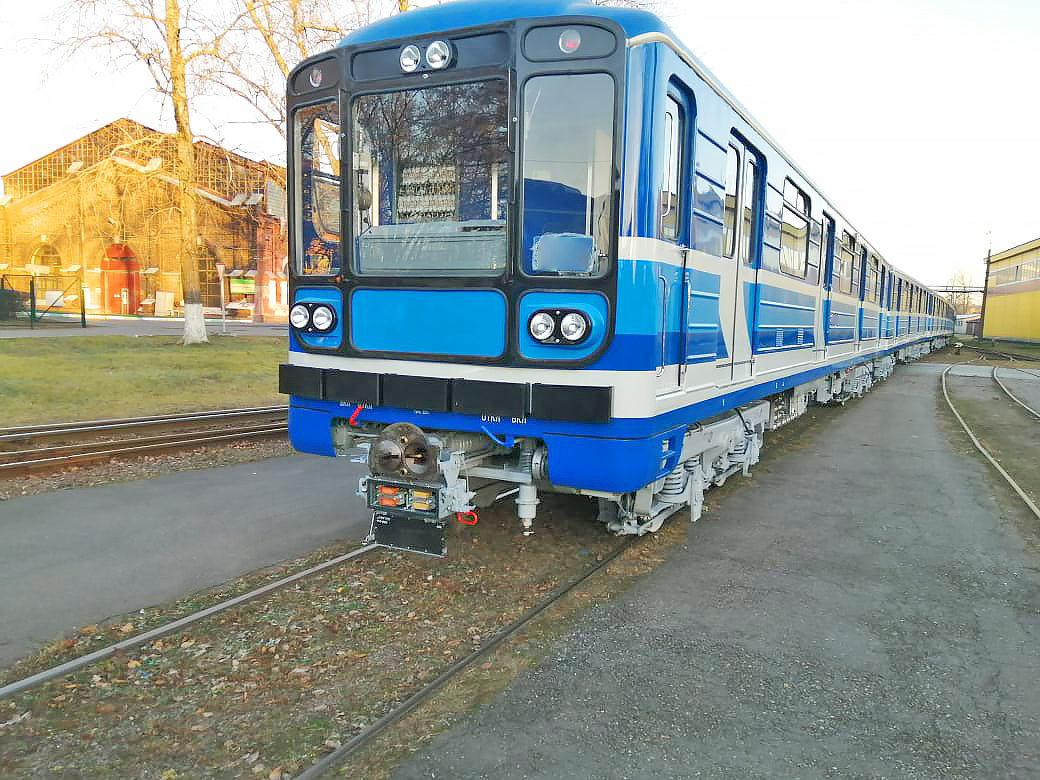 Metrowagonmash (MWM, part of JSC Transmashholding) sent five metro cars of the 81-717/714 model to the Samara Metro after a major overhaul. Repair work was carried out by the St. Petersburg branch of the company, located on the premises of the Oktyabrsky Electric Car Repair Factory (OEVRZ, also part of TMH).

In October of this year, Metrowagonmash already sent 6 renovated metro cars to Samara. Thus, at present, the company has fully completed the fulfillment of contractual obligations to the customer.

As part of the overhaul, electrical equipment was updated in metro cars, bogie frames and wheel sets were replaced, and new engines were installed. Passenger salons and driver's cabins are equipped with a video surveillance system that provides for the installation of six video cameras. Head cars are equipped with seats for passengers with limited mobility. The updated rolling stock meets all the requirements for energy efficiency and operational reliability of modern metro trains. The overhaul made it possible to extend the service life of metro cars for another 15 years.

Metrowagonmash and the Samara Metro have been cooperating since the opening of the metro in 1987.